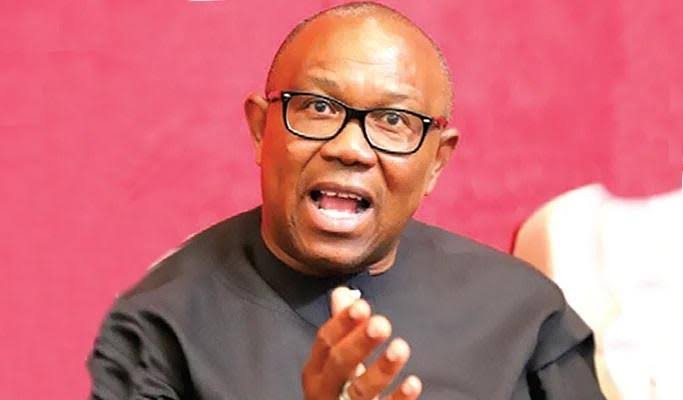 Peter Obi was born on July 19, 1961 in Onitsha. He attended Christ the King College, Onitsha, where he completed his secondary school education.He was admitted to the University of Nigeria, in 1980, graduated with a B.A. (Hons) in philosophy in 1984.

Obi was a businessman before he ventured into politics. He contested in the Anambra State Governorship Election as a candidate of the All Progressives Grand Alliance (APGA) in 2003, but his opponent, Chris Ngige of the Peoples Democratic Party (PDP), was declared winner by the Independent National Electoral Commission (INEC).

After nearly three years of litigation, Ngige’s victory was overturned by the Court of Appeal on March 15, 2006. Obi assumed office on March 17, 2006, but was impeached On Nov. 2, 2006, by the State House of Assembly after seven months in office and was replaced by his deputy Virginia Etiaba.

He was re- instated on Feb. 9, 2007 by the Court of Appeal sitting in Enugu. In April 2007, Obi was removed from office after a new governorship election was held by INEC, but the judiciary intervened again and ruled that he should be allowed to complete a full four-year term. In 2010, he won a re-election for a second term in office.

Obi assumed a new status as an advocate for good governance after leaving office in 2014, leading to his defection to the PDP from APGA.

In 2019, Obi was picked as the Atiku Abubakar running mate on the platform of the PDP, but lost to President Muhammadu Buhari of the ruling APC.

Obi was among the top presidential aspirants of the PDP for the 2023 poll, before defecting to the Labour Party (LP) in May.

On May 30, Obi was declared the presidential candidate of the LP after three other aspirants -Prof. Pat Utomi, Mr Joseph Faduri and Mrs Olubusola Tella stepped down for him.

Obi is married to Margaret Brownson and they have two children – a boy and a girl. NITDA, of Dreams and Possibilities, by Olasupo Abideen